Shadow work is the process of exploring one’s subconscious and hidden emotions that have been repressed for a long time. It can be done on your own or with the help of a therapist, but either way it requires significant commitment and self-awareness.

The end goal is to let go of old patterns that are no longer serving you so you can live more freely in the present moment.

There are a few things I’ve tried and compiled them below. Play around with these and see what works for you.

1. Be Present in the Moment

This is perhaps the most obvious place to start when working on shadow work. By sitting, meditating, or doing something that requires you to be present in the moment, you are forced to confront all of your thoughts, feelings, and emotions without distraction from outside stimuli or other people.

The shadow is a Jungian term for our subconscious desires that have been repressed over time by our conscious mind. An easy way to explore your own shadow is to write about it: what do you think about yourself? What are some things that make you angry?

Shadow work involves addressing the fears and traumas that lie dormant in our unconscious minds. We’re diving deep into one of the most important aspects that you have, your shadow. It’s the most dramatic shadow effect I can get maybe that most people think that there’s three parts of you: mind, body and spirit.

The body and the spirit make sense, but if you really think about it – why don’t most people get the changes that they want? People focus on their mindset, they read books, meditate and focus on their body. You follow health and wellness by going to the gym, maybe you eat clean everyday too.

I don’t think it’s three things I, actually think it’s four. Mind, body spirit and shadow. Once I started shadow work, some inside stuff that I didn’t really want to look at, I noticed that my life started to change and here’s why.

Shadow work will show you the benefits for yourself. Everyone has their own goals, and some feel they can be reached without too much effort. Mixed with this belief comes a certain sense of disappointment and low self-worth when said goal is not met.

This is what we’re talking about, a shadow aspect to life that many ignore to their detriment. It’s crucial that you do this, or else what will happen is your shadow self won’t let you progress.

It’s going suck you down, that’s why most people have pretty much the same income their whole life or the same amount of savings.

What is the shadow?

What is the Shadow? How does it affect our lives and why should we care about it? The shadow, as described by various scholars, encompasses both conscious and unconscious aspects of ourselves. It can be a source of information that can help us understand past events or experiences in our life.

The shadow also has an effect on how we present ourselves to others, which affects relationships and social interactions. The shadow is a dark side of your personality which consists chiefly of primitive, negative human emotions and impulses like rage, envy, greed, selfishness, desire, and the striving for power.

Healing your trauma through the shadow

Shadow work must not be ignored because it’s looking at the things we’ve shoved down deep that we’re still carrying around, and by definition, we’re still being effected by them.

As a negative action always has good intent behind it, we are taught in shadow work to confront our negativity and look for the positive intent as a way to heal our trauma.

So let’s get into my 5 steps I’ve learned from working on my own shadow work that I think you will benefit from.

There are five steps to this technique that I want you to not only learn but also use, in an effort to confront your own personal shadow side.

One of the first things to think about when exploring different ways of self exploration is what it is you want to explore.

This can be a very easy and clear answer, such as longing for a past relationship or feeling like you need validation from others.

Step 2 – Converse with your old self

Once you have that you’re ready for step number two. I want you to think of a former version of you and invite it in to have a conversation.

You’re gonna invite that need for validation in order to have a conversation with you again in written form, speaking out loud you can even envision you’re in an imaginary chair and your old self takes a seat.

Step 3 – The next step is to start a dialogue with the negative energy.

Ask it questions such as “why are you doing this?” and “what do you want from me?” This will help you better understand what its intentions are, and allow you to determine if there’s any way to remedy the problem or simply let go of your feelings about the issue

It’s important to note that there is no real script to following these tips. You are going to be surprised on how significant the input text can be and stop on that step three point. It is important to keep in mind that the inner child, which many people refer to as the “shadow self” or the version of you as a child whose needs were unmet.

Even if you have the best parents in the world or terrible parents, we all lack some needs. Maybe you’re at school, maybe you’re in a friend group, and all your needs aren’t met. And so it’s like scarves that are pushed down – they get suppressed and affect your adult life because they never get resolved.

Former self, not inner child

Full disclosure, I like to to think of my past self as just that, my past self or former self. The whole “inner child” thing does not resonate with me because I don’t believe that certain things in life are solely the result of your past.

People often believe that their present life is an effect of their childhood, but I don’t know if I necessarily agree with this. As our lives go on, we pick up new things, like pain from past relationships and jobs. Things that can impair you just as much.

It’s important to remind yourself that it is not a weakness, it is also constructive and can be helpful in achieving your goals.

In this instance, you are talking with your future self about what has happened in the past. This exchange should be one of understanding, acknowledging the event, but not judging or rationalizing it as if you were giving some sort of lesson.

Sometimes, it is almost as if you feel guilty of what you have now and even though the past may not be any fault of your own, it is really common to feel like this around relationships or when we feel unsure of ourselves, the guilt can be overwhelming at times. Acknowledge it and invite the feeling in.

Step 5 – Integrate with your shadow

One thing I found powerful when integrating with the shadow is to almost picture yourself going back in time. Present, future and now are really illusions because your experiences over time create them.

Moving between dimensions isn’t easy, but looking at it from a less linear perspective can help. You don’t need to move through time as we usually think of it; when you are in the present, so is the past and the future. And your consciousness never stops moving. So once you start shifting realities – which we all do every day you’ll more effectively integrate your shadow.

Shadow Archetypes to know of and understand

To further develop and understand your shadow and how to integrate it with your being so it protects and helps you instead of getting in your way is by the shadow archetypes (based on Robert Moore’s excellent book – King, Warrior, Magician, Lover).

Shadow Archetypes are a fascinating area of Jungian psychology that can offer deep insight into our personality. We all have both light and dark aspects to our personalities, but some people also show the traits of other archetypes in their shadow side.

Understanding the shadow side of these archetypes helps us get closer to understanding who we really are on a psychological level so let’s get to it as the archetype has the shadow integrated into being.

The immature, adolescent, and shadow forms of masculinity are often glorified in society – the bully, seducer, manipulator, tyrant. The mainstream idolizes status symbols such as wealth and power without recognizing them for what they are – superficial (at best) or distorted (at worst).

This book will offer men an alternative grounded in the richest experiences from generations of time. It will teach how these archetypes are already embedded within them – King, Warrior, Magician, and Lover. It will provide ways to rethink the immaturity some men may have experienced while accessing creativity and compassion that has been hidden for so long.

The king is thought of as noble and just. Disciplined and wise. But the shadow integration of the king includes the weakling and the tyrant. These two “negative” traits are required to make the king complete and whole.

The warrior is courageous and reliable. The destructive shadow elements are the sadist and the masochist. Two extremes that don’t serve you well and sabotage any goal you’re trying to achieve. Integrating both these extremes and leveraging these negative qualities gives you the warrior.

A strange archetype on the surface, the magician represents your individual self awareness of how to be in the world and your ability to create your reality.

The magician has two shadows, the innocent (or better naive) who is susceptible to being taken advantage and the “detached manipulator” who gets what they want at a disregard to the well being of others.

The lover represents your relationships and romances. A lover is balanced between two shadows, two extremes that are both destructive – The addicted lover and the impotent lover.

By contract the impotent lover is one who fails to maintain attraction and healthy relationships but either not focusing on ones health, fitness and the things that make yourself attractive to the opposite sex.

Facing and integrating your shadow side

The shadow side is the dark, hidden part of our personality that we don’t want to see. It’s not necessarily negative or bad; it just reflects what you’re trying to repress and keep out of your conscious awareness.

Shadow work can be done alone or with a therapist who specializes in this type of process. Allowing yourself an opportunity for personal growth requires facing and integrating your shadow side. If you’ve found reading about these concepts intriguing so far, then I encourage you to checkout the following books: 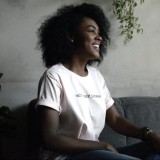 Hey everyone! I started Zen2D as a place dedicated to spreading love, peace and kindness through conscious raising content. Love is what connects and binds us.